All That I Can See

A Glaucous-winged Gull (Larus glaucescens) surveying all it sees on it’s favourite perch, a old stump, in Mill Lake.

Any Port in a Storm

A small group of Gulls found this puddle in a vacant lot in Abbotsford, B.C. to be quite to their liking. They became alert and stopped bathing when we pulled up. 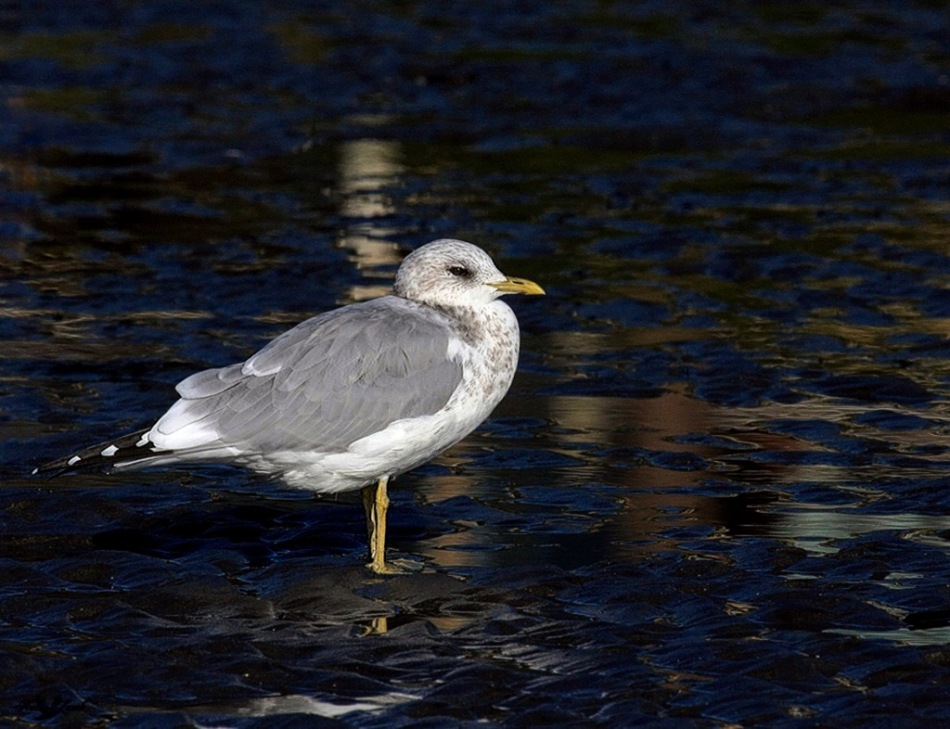 A proud Mew Gull (larus canus) standing on the sand at White Rock while the tide is out. I believe this to be an adult Nonbreeding bird.

As the Sun goes down the locals gather at the end of the rock jetty, in White Rock 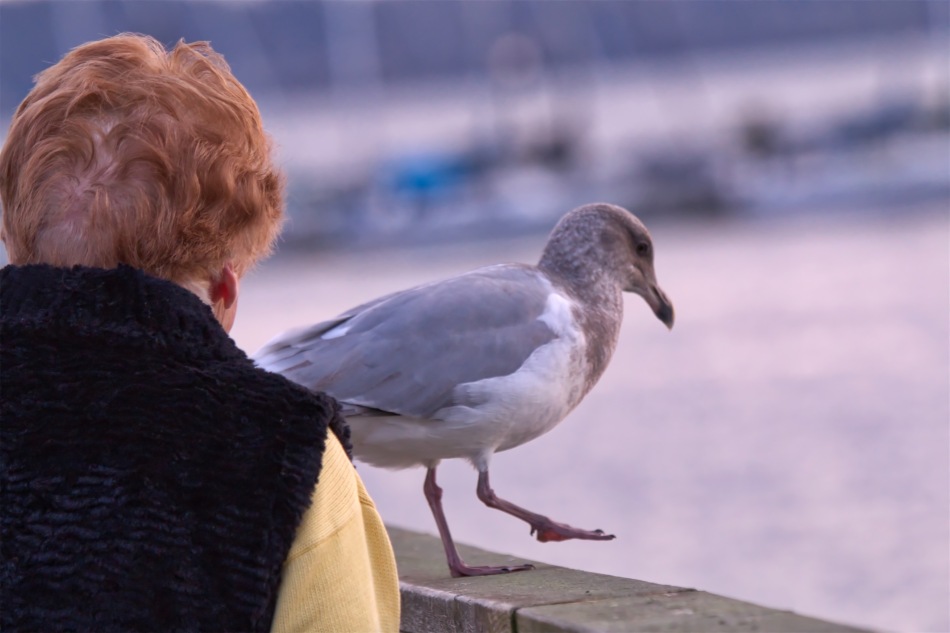 This rather brave Gull let this lady walk right up to it. When she got there, I think it changed it’s mind. My Gull identification skills are sadly lacking, so I won’t try. Everybody will be saying, “Oh, That’s a Blah, Blah, Blah! Hope you do, then I’ll know!

A Bonaparte’s Gull in flight along a row of Sailboats at White Rock pier.

A Gull on a rock!  I really liked the action of the water and the results of that more than the Gull itself!

The Wind in My Wings 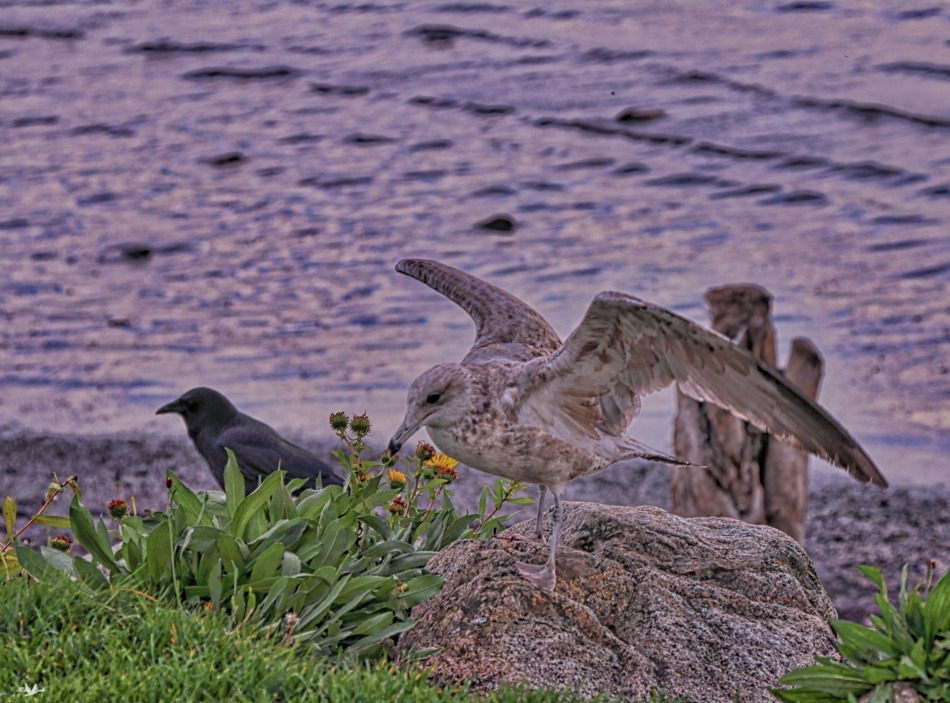 I have great difficulty identifying Gulls, but I think this is an immature Herring Gull.  It was having a chase round with the Crow.  Both were behind a Hot Dog stand, hoping for a handout! 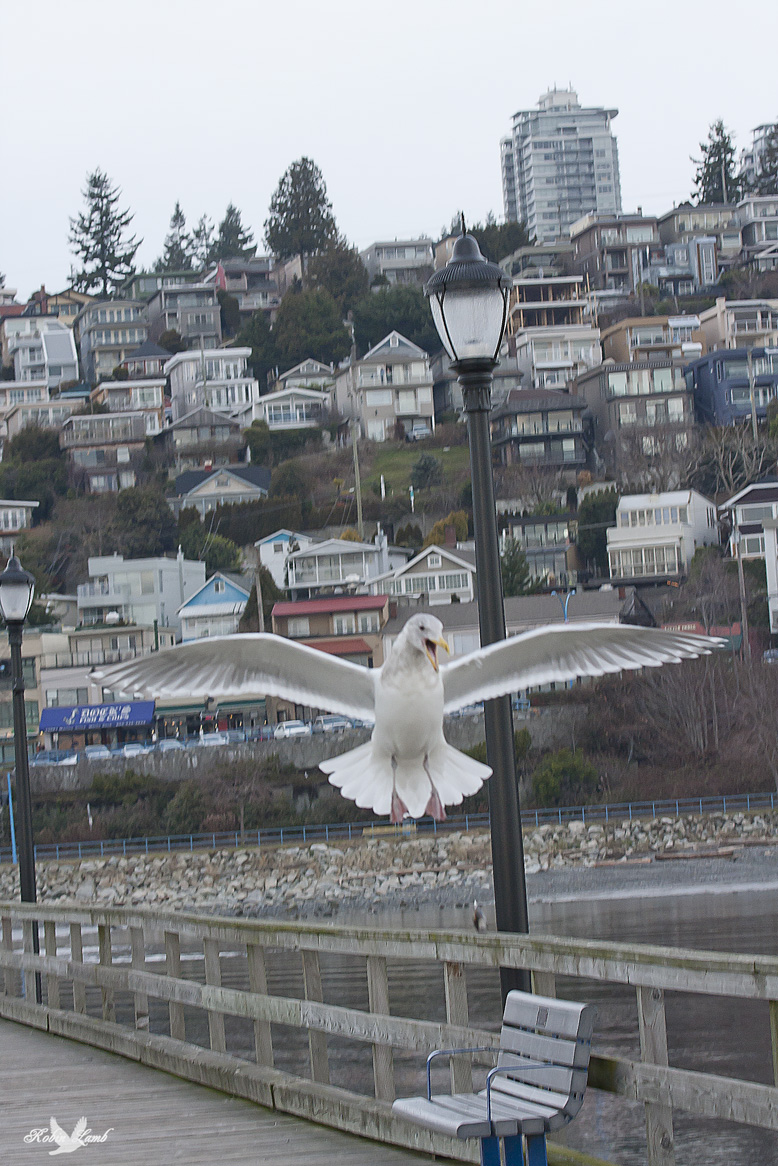 A Gull coming in for a landing. Sorry, I don’t know for sure what it is. My gull ID isn’t good. They are a confusing lot!