This flock of Gulls, about 90 of them with sitting in the field until we drove up, then they took off. Also on the field were a bunch of ducks. Find the Mallards here! Also in the trees there’s about 35 crows and over the other way a Bald Eagle. So it was productive! 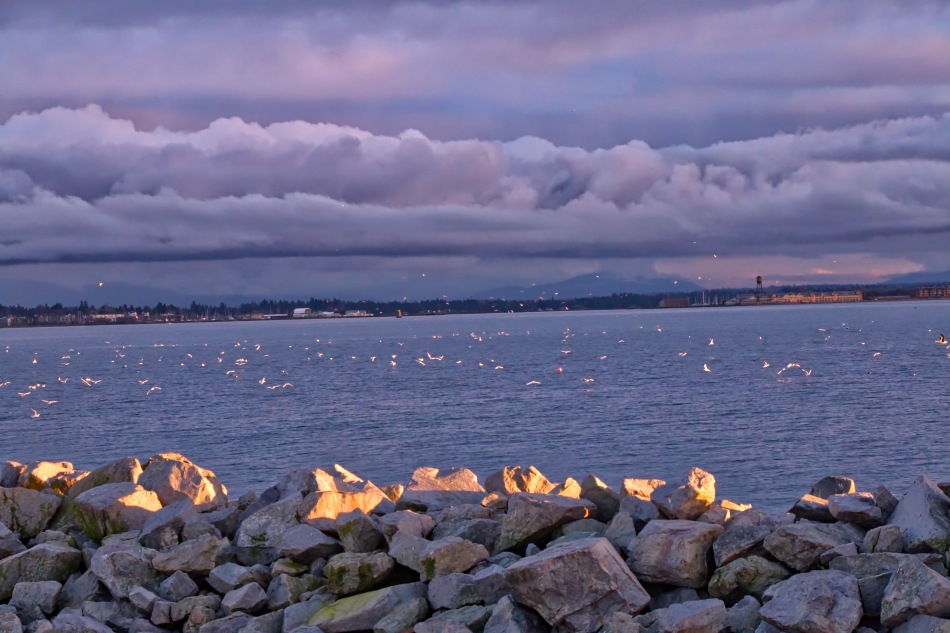 The golden hour just before the sun sinks below the horizon makes for nice light. It also seems to bring out a final flury of Gulls over the water. Maybe looking for that last bit of food before dark. The skies were quite dramatic. 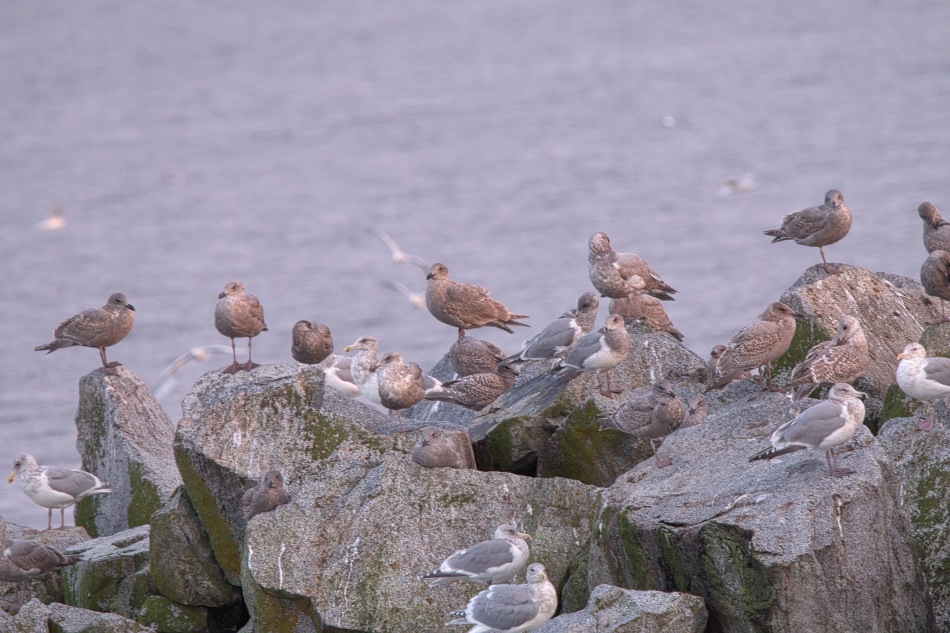 As the Sun goes down the locals gather at the end of the rock jetty, in White Rock

This guy didn’t fly, even though I was only about two feet away, but it would accept my gift of an apple core! Hmm!  I thought they ate everything!

Keepers of the Sky 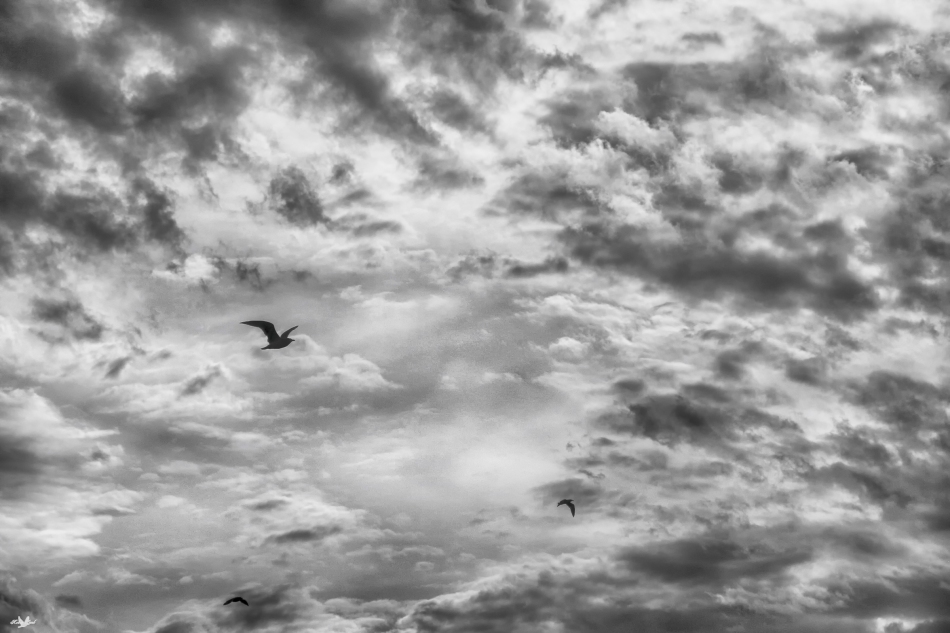 Gulls against a cloudy sundown

A Gull sits quietly by itself enjoying the afternoon sun 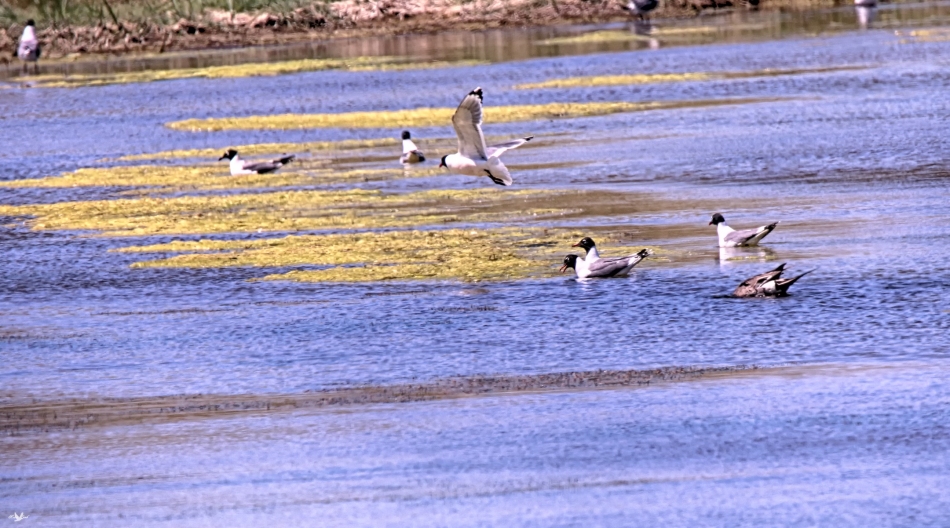 A flock of Black-headed Gulls gathering around an algae bloom.

Reported in The Sibley Field Guide to Birds as “Very Rare”  is a Black-headed Gull.  We managed to see two separate flocks of these birds on our trip across Alberta and Saskatchewan.  This is a lifer for me!

A Gull sits contently on the top of a piling at White Rock pier.

I See You Back There

A Thayer’s Gull looks back over it’s shoulder making sure I don’t get too close.

Waiting for the Train

Standing beside the tracks, I guess this guy’s waiting for the train! 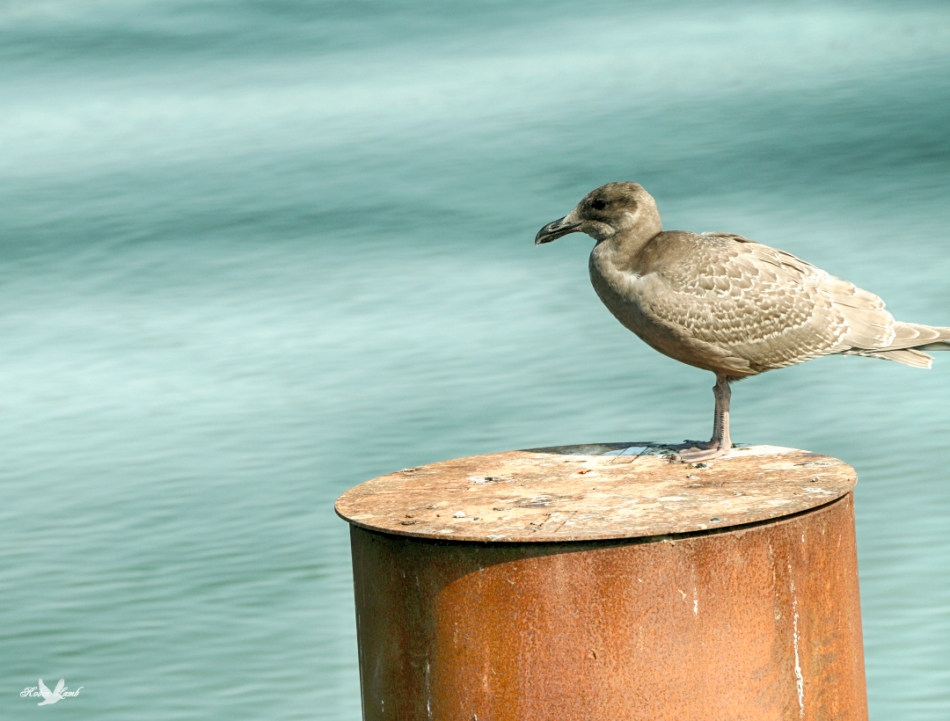 Got Something to Eat

A Herring Gull perches close by in hopes of something to eat! Such scroungers! 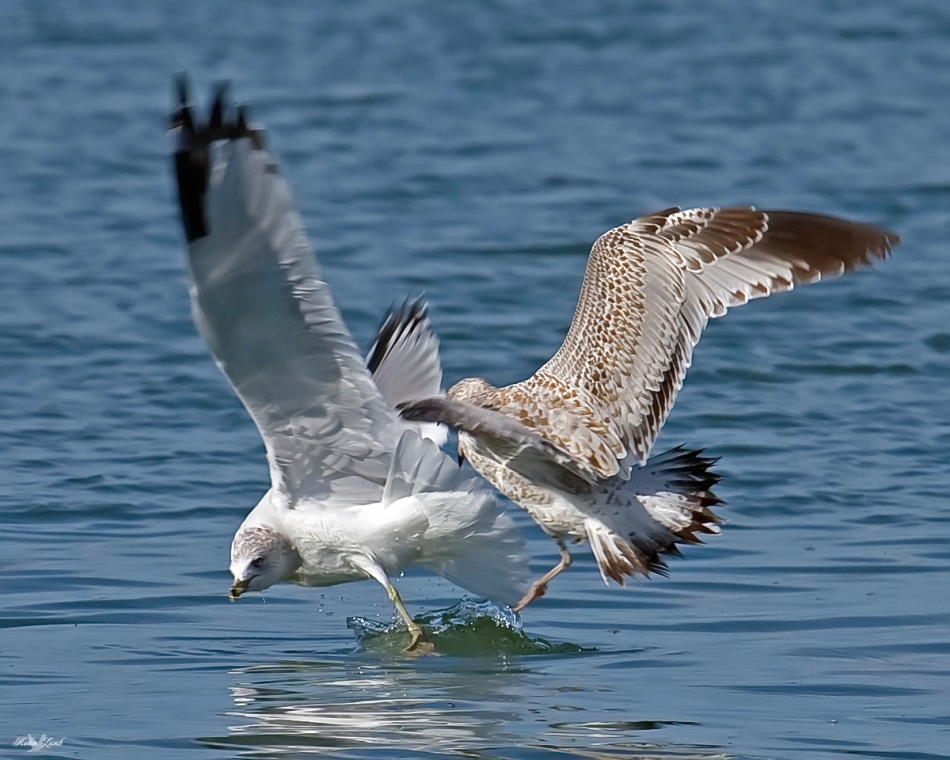 Here’s a couple of Gulls have a bit of a tiff.